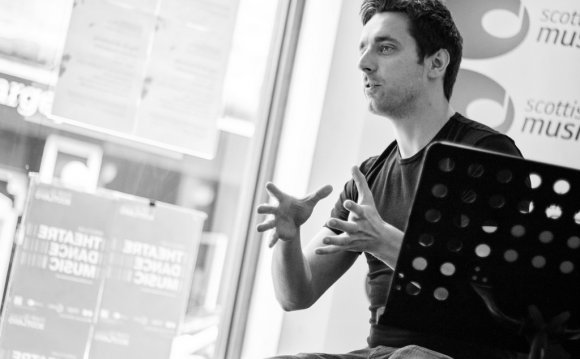 The Scottish songs Centre is home to the sole archive on everything regarding Scottish music!

Consisting of over 40, 000 interesting items, dating back to the early 1500s, with articles including hand-written scores by numerous famous Scottish composers, to original poems by Robert Burns, to sheet songs of work from Robert Carver for this day, to demo tracks of Scotland’s most readily useful rings, our collection is one of a sort!

The materials is open to the general public and could be viewed by arrangement during SMC opening hours. We are able to also provide copies on most unpublished or out-of-copyright things if desired.

A tiny element of our collection is held on site, at Candleriggs, and might be consulted by session in our comfortable and fashionable foyer room. The rest of our material is saved off-site, which we require two working days’ notice to be able to access it. But as more associated with the collection is digitised, visitors can explore our treasures quickly online.

Numerous things are available for purchase or employ, If you find an item inside our catalogue which is maybe not when you look at the shop, simply drop united states a range and then we would-be thrilled to help you acquire a duplicate if possible.

Scores and gratification material for functions Scottish composers take over our assortment of sheet songs. Nearly all of this material times from 1960s, and includes unpublished plus published items, but we have considerable holdings of imprinted music from the 18th, 19th and early twentieth hundreds of years, with contemporary versions of music from previous times.

Our recordings consist of commercial releases on plastic and CD, plus exclusive tracks donated to united states and copies of radio broadcasts of live and studio performances and music-related documentaries, performs and interviews, many on quarter-inch tape and cassette. We hold copies of significant radio sets including the Music of Scotland (1973), Maisters associated with the Bow (1984), Scotland’s Music (1991-2, 2007).

We a comprehensive assortment of printed publications, periodicals, and pamphlets which relate solely to Scottish music history and significant individuals and institutions, and dozens of tune- and tune-books from early collections including James Johnson’s and also the fiddle tunes published by Niel Gow right through to modern-day compilations of specially-commissioned compositions just like the Nineties range and/or Songbook series from NYCoS.

A number of these are not available and difficult to obtain, but of special interest are the after collections, all of which provides a remarkable picture of just one part of Scotland’s musical heritage.

We also hold a considerable assortment of ephemeral material concerning over a hundred Scottish composers, such as for example show programs, press clippings, communication, photographs, mostly from 1960s for this day.