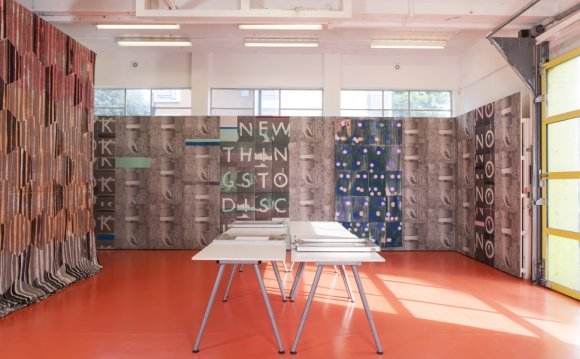 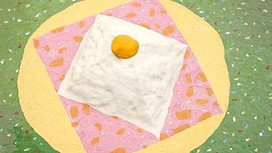 Where sport leads, culture follows. To tie in with Glasgow’s Commonwealth Games in July, visual arts centres all over Scotland will be showing work by Scottish or Scottish-trained artists made in the past 25 years under the umbrella Generation. The exhibitions run from April to November and take place everywhere from the National Gallery in Edinburgh to Orkney’s Pier Arts Centre. But what does the project say about contemporary art in Scotland?

The reasons for the so-called miracle lie in Glasgow’s forward-thinking art school and close-knit artistic community. Gordon, Borland, Boyce, Coley and Shrigley all studied environmental art at GSA. Launched in 1985, the course encourages students to pursue art projects outside the school, finding the sites and negotiating them themselves. This DIY attitude also underpins the artist-run Transmission Gallery, set up in 1983 by a group of GSA graduates. Gordon, Borland, Boyce, Starling and Eva Rothschild have all served as Transmission committee members, and the space continues to support artists today.

Many of the Transmission crowd feature in Generation. But they are all now middle-aged; to ensure the future success of its art scene, Scotland needs to look to artists 20 years younger than these poster stars.

For the past six years, Edinburgh’s Royal Scottish Academy (RSA) has curated work by some 60 new graduates. A roomy exhibition named New Contemporaries allows artists to display a whole body of work. This year the RSA has teamed up with the Fleming Collection in London – a hoard of Scottish art amassed by the former merchant bank – to stage an exhibition there of work drawn from New Contemporaries. It is called New Scottish Artists and opens this week. The Fleming-Wyfold foundation, custodian of the collection, has sponsored a £14, 000 bursary won by Fraser and Calum Brownlee, brothers whose irreverent but historically attuned work draws on their upbringing in Dundee.

This year’s New Contemporaries provided an interesting snapshot of artistic practice today. Broadly, painting was less dominant than installation and performance art, but the array of printmaking was impressive. Lyndsay Hyslop’s “Exhale No 2”, a rickety, handmade ladder reaching from a mound of earth on the floor towards an elegant domed skylight in the RSA building, spoke movingly of the young artists’ collective ambition.

From prizes and travel grants to funded workshops and residencies, there is much support for “emerging” artists in Scotland, according to RSA director Colin Greenslade. The Edinburgh Art Festival, which takes place in August alongside the city’s other festivals, commissions a young artist each year to make a new work, giving him or her a significant platform at a time when Edinburgh is in the spotlight. “We have a small population and a rich history in the arts and the art school system, ” Greenslade says. “We punch way above our weight as a small country.”

But while Scotland has world-class museums, art schools and artists, what it lacks is a homegrown art market. Charlotte Roseberry, a painter who graduated from Edinburgh College of Art last year and features in at the Fleming Collection, tells me that none of her peer group left university with the expectation that they would gain gallery representation. Richard Ingleby, director of the commercial Ingleby Gallery in Edinburgh, paints a bleak picture. “You are looking at a country with two serious contemporary galleries, ” he says, referring to his own and the Modern Institute in Glasgow. “There still isn’t enough of a market here to support us solely. The bulk of our business is in England and overseas – but I would stress we do have some very good Scottish collectors.”

One of these is Nicky Wilson who, with her husband Robert, founded Jupiter Artland, a sculpture park set in the grounds of their 17th-century house outside Edinburgh. Their collection includes pieces by Antony Gormley, Anish Kapoor, Ian Hamilton Finlay and Cornelia Parker. “There are other collectors here, ” she says, “but they are much more discreet in Scotland.”

Though Scottish art-lovers are known for their conservative tastes – paintings of country sports and Highland landscapes – there is a slowly increasing appetite for contemporary art. Having seen Glaswegian artists seek gallery representation elsewhere and eventually leave the city, Toby Webster set up the Modern Institute in 1998 in an effort to keep the talent – and business – in Glasgow. Another graduate of the GSA environmental art course and a Transmission member in the mid-1990s, Webster represents “Glasgow Miracle” artists such as Boyce, Starling and Wright, and his gallery now has two spaces in the city. “We’ve worked in Scotland for 15 years now, so we have quite a steady collector base, ” he says.

In fact, Scotland’s low-key contemporary art market may be no bad thing for artists. Art doesn’t have to be produced and sold in the same place, and affordable, post-industrial cities such as Glasgow, with warehouses that can be converted into studios, suit artists well. As Robert McDowell, founder of Edinburgh’s sprawling arts centre Summerhall, puts it: “Scotland is a laboratory where artists can develop new things. We are outside the intensity of the big-money art markets, and yet we have street cred.”

It’s not clear how the outcome of September’s referendum on Scottish independence might affect the arts. Ingleby points out that if value-added tax on artworks is reduced – Ireland currently levies 7 per cent, compared with the UK’s 20 per cent – it could boost the market. But if funds for Creative Scotland (the country’s arts council) are cut, it could be disastrous. Thriving artistic communities are built on a delicate fabric of factors: low rent, available studio space, amenable local councils and, crucially, public funding. With so few commercial galleries and collectors, this funding is crucial if Scotland’s contemporary art scene is to continue to grow.