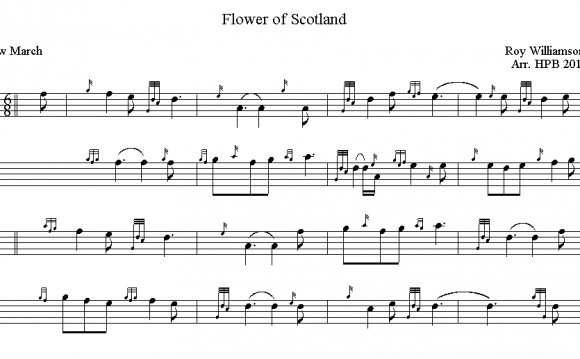 I can just feel as I get ready to create this that you'ren't likely to trust me, but right here goes anyway: actually it time we eliminated national anthems before internationals?

The previous few weeks of rugby have already been magnificent.

The English premiership has reached it's orgasm, the French groups happen going at it like angry things on obscure satellite channels, and both Glasgow and Edinburgh have inked special things in league and cup correspondingly.

Ulster, or as should now call them "the Springboks", have actually played great rugby as well as fill half of a Heineken Cup last - usually known as a pint - and undertake Leinster whom contained 13 Ireland skilled people the very last time the edges came across. 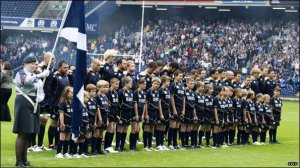 Today i truly liked visiting the Edinburgh online game and seeing the Glasgow online game. I liked that the teams turned up and played.

And it ended up being while sitting when you look at the Aviva arena in Dublin as Ulster prepared to play Edinburgh that I attempted to analayse the reason why I was appreciating it much.

The solution? Partly it is because the games had been great. Some of the top club games today tend to be of the same quality, if not better, than internationals. However the main reason: There was no phoney, ritualised, and very carefully choreographed war happening prior to the match.

Oh the Italian anthem is wonderful, as is the French, but analysis regarding the others is really worth while.

The Welsh nationwide anthem, in most its admitted fame, ended up being written only three of my lifetimes ago into the middle 1800's by daddy and child Evan and James James of Pontypridd.

Our sporting anthem, Flower of Scotland, ended up being written in 1967 by Roy Williamson associated with the folk team the Corries, Ireland's "Four pleased Provinces' had been penned because recently as 1995 by Phil Coulter whoever early in the day successes included Sandie Shaw's "Puppet on a string" and "Congratulations" for Cliff Richard, while God Save the Queen lays claim is the oldest from the mid 1700s and compiled by Thomas Augustine Arne.

People which know myself realize that I like music, and play in a rock-band myself, deafening folks all all-around Scotland in the act.

But the even more intercontinental matches I-go to, the less willing Im to view jingoistic behavior and sing at precisely the same time, tears moving down my cheeks, to reasonably modern-day tunes.

Possibly it is because I am constantly stone cold sober during the time.

Perhaps it's all wrapped up into the concern: what is intercontinental rugby? Is-it, for-instance, a strange replacement for an annual war at pre-defined places?

Perhaps that's why we wear blue, others wear their particular tints, and then we start with the traditions.

To start with we beat our drums, perform our national songs - the bagpipes inside our case - and we sing our anthems because loudly as we can at each various other, wishing, definitely, for some fear-inducing sentiment to travel over the pitch.

It really is an alternative for an aerial bombardment of some type. Or flag waving from a distant mountain.

Oh and there were some bad nasty ups before.

The French musical organization in Paris playing the wrong sheet of music in error, the PA system no longer working at age bracket games, plus the obligatory opera singer using it-all to an even, or key, that individuals can never attain.

Each country has some army feedback also, though not, admittedly, at a rate anywhere near compared to your average US sporting celebration.

The rugby people in the Six Nations, after that, would be the stand-in troops. Sent out indeed there to kick lumps away from both but within specific rules, and all because of their nation.

Now, I'm perhaps not persuaded by all this work behavior. Having already been nowadays several times I remember the strain, but every player asks himself: "just how was I designed to behave, and so what does the group anticipate me to do right here?"

So those that feel enraged faces are needed put-on furious faces, while the rest of everything see, aside from straight-out worry and floods of rips, is a bit of an act.

The good thing about the top games I've been to see recently has been in their decreased pre-match service.

In the Aviva for Ulster's game against Edinburgh there have been no dignitaries, lots of whom have not an idea about rugby but feel they have to be seen, delivered to shake hands.

No great huge military rings playing their old tunes, with no national anthems.

As an alternative the players came out, heated up, returned inside while we had been amused for some dancing regarding pitch, returned out and got caught directly into each other.

I liked that. I liked having less jingoism, of nationalism, of tribal rivalry.