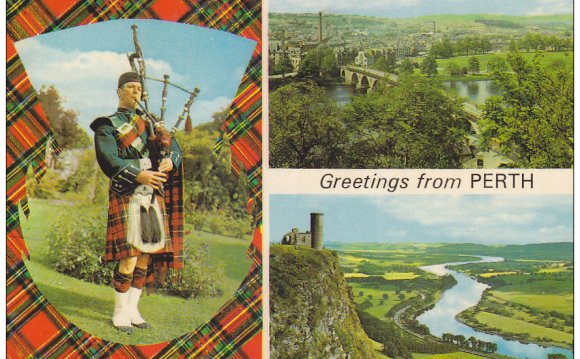 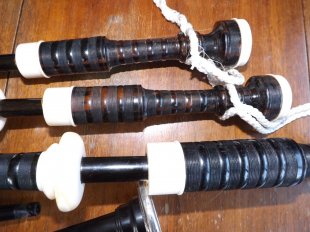 The MacDougall family were pipemakers in Scotland from 1781 until 1910. The business enterprise passed through numerous nearest and dearest over that duration. Their capability to make high quality instruments was obvious in both appearance and tone. Listed here is a quick time range - 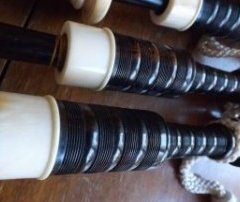 Most Duncan MacDougall bagpipes are made of Ebony or Cocuswood as he thought these were exceptional forests to African blackwood.

The 2 units below belong to Jim Barrie and Cecily give. Cecily plays Jim’s dad William’s ebony set(blue cords) and Jim plays one other set which if you ask me looks like Makassar(Tiger) ebony. Both sets had been obtained in brand new Zealand whilst Barrie household existed there. 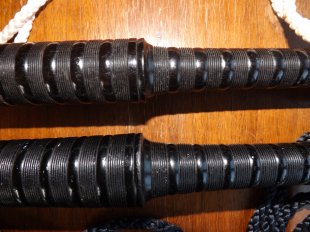 The following few photographs contrast both sets. While thought to be both the work of Duncan MacDougall, these sets do sound quite different.

By way of Murray Blair when it comes to following photographs of his 1860-70 cocuswood Duncan MacDougall bagpipe. A rare complete silver set installed with Thistle patterned German silver. Let me reveal some information on all of them from Murray - 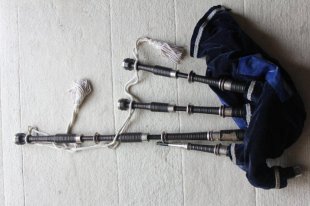 My pipes are MacDougall's with metal liner within the top parts of the drones. The tuning slides tend to be lumber therefore the shield on Bass drone stock reads JDP (John D Phillips) the original owner. I've done a bit of work to all of them... tenor drone bells have been bored out and I also replaced the blowpipe.Thereis also a silver joining limit lacking from blowpipe stock that we have... but hey, how much gold do you want! The storyline goes the pipelines found its way to Australian Continent during the gold rush in Queensland within the 1870's.They then caused it to be down to Victoria after (we believe in the Pipers household) and were given to my dad in 1960's by the household with 2 cattle and a small vehicle. My Grandfather had been relatively well known for piping all over area and many sets of pipes had been either kept to him or passed to mastering students he previously. 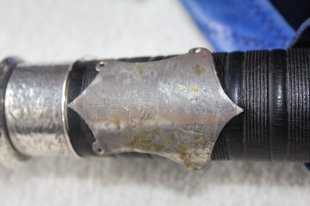 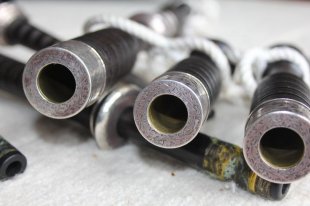 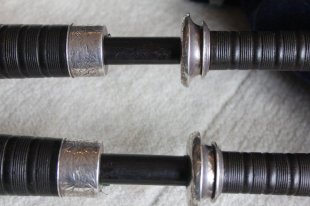