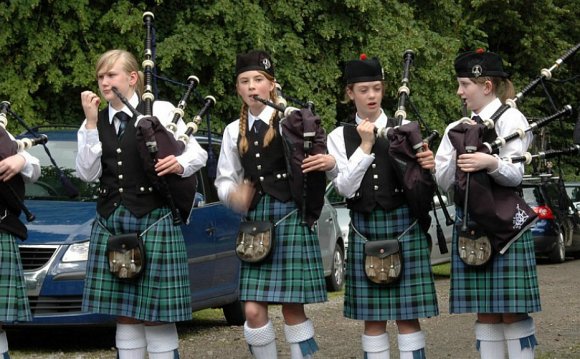 We reside in Baker West. And it's also a great place for several factors: the no air-conditioning (but really, I get cold therefore rapidly that it feels good to myself), the environment, the Baker prefer, the P-Space. Maybe primarily, there’s the positioning on South Campus. Word-of guidance: ACT AS in SOUTHERN CAMPUS SINCE YOUR LIFETIME WILL UNDOUBTEDLY BE SUCH BETTER.

Trust me, unless you are in operation or you eventually really love walking (which, incidentally, gets incredibly superfluous after about five full minutes), Southern Campus is the solution to be. And there is one thing about Southern Campus that all its residents are aware of: bagpipe man.

No I’m maybe not referring to Ross from “Friends.” Easily were, We probably wouldn’t be posting this website, i'd be also hectic dancing in water fountain with the rest of this gang. No. rather, I’m discussing Josh Whiston, the man just who several times weekly happens south Oval and serenades the students with his Irish allure. By “charm”, i am talking about “the noise of a lot of seagulls dying.” For lots more on backstory of this Irish legend, visit the Lantern’s August 29th article about him.

Exactly what I’m right here to state is easy: Bagpipe man may be the epitome associated with Ohio State University. Just how, would you ask? Well young ones, some collect round Ben as he lets you know a story. Bagpipe man is the true nature of every little thing OSU is all about. He's brash, brazen, loud, artistic, imaginative, skilled, and some irritating. First and foremost, he could be freaking deadicated. I strolled because of the Southern Oval going back residence from class on a 91 degree-day, and indeed there he was; playing his case and doing his little “awkward kid at a junior large dance” leg step. I do believe Bagpipe man is even more committed versus U.S. postoffice. No offense, Post Office, but do you realy play the bagpipe for several thousand children on a routine basis and don’t actually care what they believe? No? That’s the thing I thought. 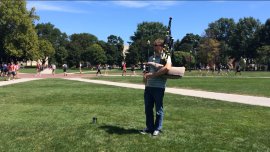 So you go, Bagpipe Man. Keep on becoming you. Carry on being the best Ohio State is offering- when it comes to Irish folk music.